In the Tahoe Region, protections are place that prevent disturbance of late seral and old growth forests. Forest health treatments completed by Environmental Improvement Program partners promote general forest health, and reduce the risk of catastrophic wildfire, which is the greatest threat to attainment of the old growth goals. Based on the current age of the forests in the Region, it is expected to take 100 years to achieve these threshold standards.

The USDA Forest Service completed an environmental impact statement in 2001 that found old growth forests in the Sierra Nevada were critical habitat for a wide range of wildlife species, including sensitive species (e.g., California spotted owl), and that these systems were in decline as a result of previous land management practices. Historical land uses, such as clear-cut logging in the late 1800s, dramatically reduced the overall extent of old growth forests in the Region. The remaining stands have been fragmented by human activity, and the majority are now found in protected areas, at higher elevations, or in steep stream canyons. 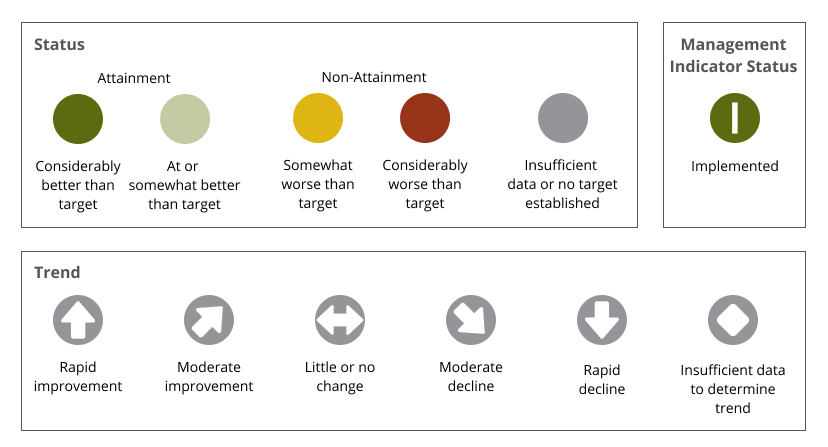